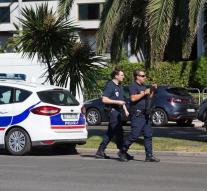 - The French judiciary has two young women arrested on suspicion of plotting terrorist attacks. It's about two women from Nice, respectively 17 and 19 years old. They were all arrested in mid-September.

The pair had contact with the infamous French jihadist Rachid Kassim, the man who is considered the hub of several attacks in France. The 29-year-old French-born terrorist believed to be staying in Iraq or Syria. Young women during interrogation admitted with Kassim have talked about an attack, but these too have abandoned later.

In recent weeks the French security forces have already arrested at least four young suspects who were in contact with Rachid Kassim.