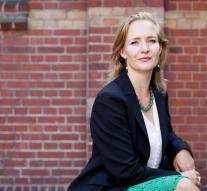 - "A list of the seventy most influential EU parliamentarians are four Dutch. Marietje Schaake (D66) with a 28th place the highest ranking on the list of Vote Watch, an organization that analyzes the voting behavior of European politicians."

"The second Dutchman on the list is Esther de Lange (CDA) on the fortieth place. Dennis de Jong (SP) is 48th and Bas Eickhout (Green) 51. Netherlands produces 26 of the 751 MEPs. They have compared with colleagues from other countries, a relatively large impact, is the conclusion."

"Vote Watch defines influence as the power level reaches a parliamentarian to get things done."