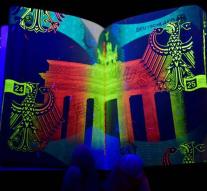 berlin - The number of Britons who had German nationality was 360 percent higher in 2016 than one year earlier. According to the German federal statistics agency Destatis, there are 2865 people. According to the organization, this has to do with the forthcoming UK departure from the EU.

Whilst more and more Britons request German nationality, there is an opposite movement in Britain. The number of non-UK EU citizens who left the United Kingdom, according to the British Bureau of Statistics (US) last year.