Home / World / Former resort Egypt was an IS trailer 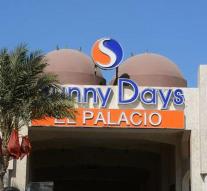 hurghaha - The man who killed three tourists in a resort in Egypt in mid-July with a knife and injured other people had tried to become a member of Islamic State. That says anonymous sources around police investigation.

The man struck in the resort of Hurghada. He killed two German women and a Czech woman. He swam from a public beach to the Zahabia Hotel and thus avoided the hotel security.

The attacker could be arrested after the attack. He would be charged with terrorism, say the sources. The authorities do not want to comment. Egyptian newspapers have already written that the man had been calling on sharia during his trial.