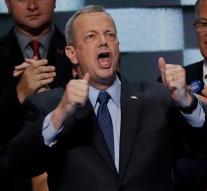 washington - 56 retired US high-ranking officers from the US Army have expressed their opposition to plans by President Donald Trump to ward off transgender from the US Army.

SEE ALSO: Trump: No Transgenders in US Army

In addition, it would ensure that talented staff do not choose a career in the military or would force them to live a lie.

'Patriotic transgenders wanting to serve our country should not be discouraged or sent away or to hide their identity,' said the retirees in a letter.

Trump previously suggested that his decision to abandon transgender was taken by the US Army after consultation with his national security team. The White House will work with the Pentagon on how this policy plan will be implemented in accordance with the legal guidelines.