Home / World / Formation on the hill ended: 'Atmosphere was good' 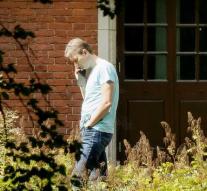 the hague - The two days at De Zwaluwenberg estate at Hilversum of the formation team have been 'in a good atmosphere.' According to Prime Minister Rutte, there were difficult topics raised. He did not want to say, however, if any knots were cut.

The negotiating parties VVD, CDA, D66 and CU had traveled to the leafy defense estate Landgoed De Zwaluwenberg to be able to measure at all times. Next week, they have less time for them, partly because of political group withdrawals. After that, the VVD leader hopes to be able to accelerate. '

Rutte also referred to the negotiations with his deputy government partner PvdA to reserve additional money for the teachers' salaries in the budget next year. 'That's not done at all,' he stressed. Also, that subject would not have been handled to the format table. 'This is really the responsibility of VVD and PvdA,' said the prime minister.

The deadline for the budget is next week Wednesday, if the document is to be submitted to the advisory board of state council.