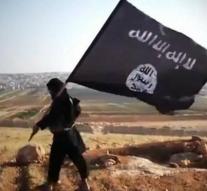 washington - At air attacks in Syria, at the end of May, a foreman of the Islamic State Territory Movement (IS), Turki al-Binali, was killed. This has revealed to Washington on behalf of the international coalition against IS.

The 32-year-old al-Binali, born of a leading and wealthy family in Bahrain, was an important preacher in video voices of the Sun's extremist extremists. He also called the great-grandfather, a title belonging to the supreme authority in the field of Islamic law in southern countries. According to Washington, he died on an air strike on Syria on May 31.