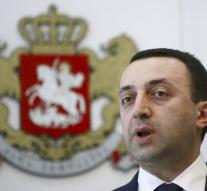 Kvirikashvili (48), who is also first deputy prime minister, has the support of the ruling Georgian Dream coalition. His candidacy is now submitted to the president and get the approval of parliament should, but that procedure is considered a formality.

Garibashvili gave no specific reason for his resignation, but opposition politicians linking his decision to a decline in the popularity of Georgian Dream.

Kvirikashvili was Deputy Prime Minister and Minister of Economic Affairs when Georgian Dream party of former President Saakashvili defeated in the elections of October 2012. He was appointed foreign minister in September 2015.