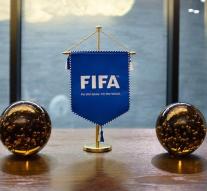 utrecht - The FNV drags along with a guest worker from Bangladesh FIFA to court to put an end to the poor working conditions in the construction of stadiums and infrastructure for the World Cup in 2022 in Qatar. This was announced by the FNV Monday.

The union gives FIFA three weeks to respond to the summons. If FIFA FNV does not meet that deadline, the case is brought before the court in Zurich, where FIFA is located.

According to the FNV and worker Nadim Shariful Alam work of thousands of poverty-stricken workers from countries such as Bangladesh, India and Nepal sometimes literally to death for the success of the World Championships Football.