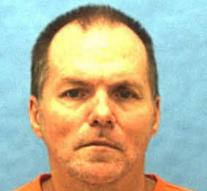 fort lauderdale - In the US state of Florida, 53-year-old Mark James Asay was executed for the murder of two men in 1987 in Jacksonville. They were killed on the same day in two different incidents. Asay would have had racist motives in one of the two murders.

During the execution a new anesthetic drug was used: etomidate. This replaces the most commonly used midazolam, which is increasingly difficult to obtain since the producers do not want to sell for use in executions.

As a last meal at Asay pork with fries, a vanilla icecream and a can of coke.