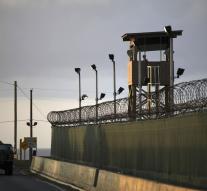 - Five Yemeni detainees from the US prison camp at Guantánamo Bay in Cuba, transferred to the United Arab Emirates. The group according to US media imprisoned fourteen years without ever being charged with a crime.

The men were according to The New York Times in 2001 after the battle of Tora Bora captured in the border region of Afghanistan and Pakistan. After their departure are still 107 prisoners at the controversial detention center.

US President Barack Obama promised when he took office in January 2009 that he would close Guantanamo Bay, but it has not yet succeeded. According to the newspaper sent the White House is expected to soon have a plan to Congress, which provides inter alia for the transfer of dozens of detainees to the United States.