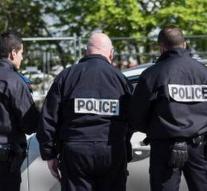 brussels - The EU Member States are in favor of Austria, Germany, Denmark, Sweden and Norway for three months to continue monitoring their borders. A European Commission proposal for a moment to allow the restriction of the free movement of persons within the Schengen zone, was approved Friday in Brussels.

'The intention is to return as soon as possible to the normal situation,' said the Slovak Minister Robert Kaliňák (Interior). Slovakia is temporary EU president. 'This extension applies only for three months. '

The five countries receiving in May allowed to perform six months of targeted and limited border controls because of migratory flows.

The Schengen zone comprises 22 EU countries plus Iceland, Norway, Switzerland and Liechtenstein. Border controls remain in France in connection with the terrorist threat to late January.