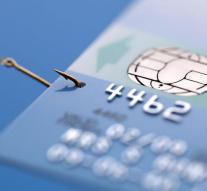 amsterdam - Five Ghanaians arrested in southeast Amsterdam on suspicion of fraud. They would have sent phishing emails and thus certainly have seized 40,000 euros.

Police arrested the three suspects, 19, 22 and 23 years old Wednesday in three homes in the capital. Also, two Ghanaian women (16 and 49) were arrested.

The police suspects came to the track after a declaration of two Copenhageners in March. They received a mail from the bank which was asked to pay a bill of over 800 euros. If they did not want, they could indicate a link. The link they came to a questionnaire in which they had to fill out personal data. The Copenhageners did not trust it and raised the alarm. We later found out that the data had left others have directly substantial sums were purchased online.

'Máxima not welcome at topmeeting '


In the arrest the police found, among other counterfeit credit cards, debit cards, driving licenses and identity cards. None of these passes was in the name of one of the suspects.

The three men will be arraigned Friday on the magistrate. The women were sent away after questioning. Police are investigating who's become even more victims of these practices.