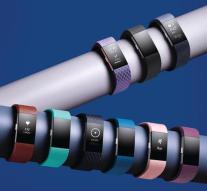 san francisco - Fitbit's new smartwatch is on track to launch this year, despite reports of delays. That's what topman James Park said in an interview with the Financial Times. If that fails, the company misses the important Christmas gift period and misses the revenue. 'Then we have to adjust the expectations and we have not done that,' said Park.

The new watch will include a music player. It may be possible for Fitbit to work with Pandora and Spotify. The next smartwatch needs to get new sensors and the gps needs to be more accurate. He must also be water resistant so that people can swim. The new watch becomes important for Fitbit, because the company is suffering from the competitive Apple Watch.