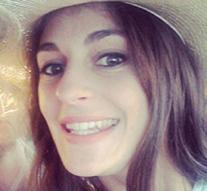 - In France, Monday buried the first victims of the attacks in Paris.

The 24-year-old Caroline Prenat, one of the 89 victims in Bataclan concert hall was carried to the grave in Lyon. Her family had asked those present to take a white rose with it.

Relatives of the victims try to give a particular shape to the funerals, because the victims died under extreme conditions. For instance, the brother of the 41-year-old Cédric Mauduit the Rolling Stones had asked to be at the funeral, because Cédric was a big fan of the British band. The Stones have declined the invitation, but sent a message. " The tire can not attend the funeral, but know that Cedric and the others in our thoughts and prayers will be in the difficult days ahead ", quotes the newspaper Le Figaro.