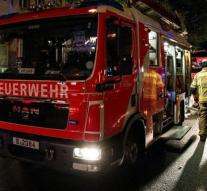 fichtelberg - The German Fichtelberg (Bavaria) fire officer commander was Wednesday as one of the first in a traffic accident to find out that his eighteen-year-old daughter was one of the two deadly victims. That was reported by German media on Thursday.

The daughter was sitting behind the wheel of the car that hit a bend of the road for unknown reasons. The vehicle hit over the head and hit a tree. The fire officer's daughter and 28-year-old passengers died on site.

A 16-year-old girl on the back seat survived the accident and became severely injured. The fireman got spiritual help.