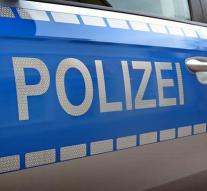 - The fire in the German city of Braunschweig has saved a 30-year-old man who has spent nine hours in a five meter deep shaft. The man had stuck to a metal bridge in the pit filled with water for half. The fire could save him from an adjacent drainage shaft. At first glance, the man had no injuries. He was transferred for further investigation to the hospital.

Passersby heard on Saturday afternoon cry at the nearby railway premises and alerted the police. Which hit the man with a wooden boards covered shaft. The man was in his own words in tipsy state to cut off the road to the station by walking across the railway premises. In the dark, he walked on the wooden cover and was dumped in the water.