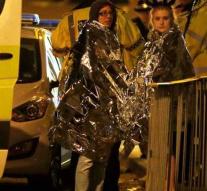 manchester - Firefighters who came to the rescue after the attack after a concert of Ariana Grande in Manchester, have long been wrongly kept at a distance. According to the BBC, a report on the handling of the attack shows that the emergency services communicated poorly.

Because of the suicide attack 22 people died and more than seven hundred others were injured.

The first ambulance was on the spot within eleven minutes and was told by the police that it was a suicide attack. The officer of service set up a preconceived plan for such situations, whereby social workers and police can continue to do their work even if there is a risk of more attacks.

The fire brigade, however, adhered to the normal rules and remained at a distance of 500 meters from the risk area. According to the report, it is good that the ambulance brothers did not know about it and continued to do their job.

Due to bad communication, the firefighters arrived at the arena more than two hours later. Normally they are there within six minutes.