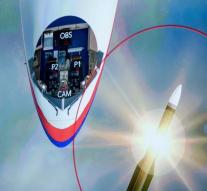 helsinki - Netherlands had agreed to hold the trials with Finnish Buk missiles to investigate the disaster with flight MH17 secret, but broke that promise. So says the Finnish President Sauli Niinisto.

The team investigating the crash of flight MH17 under Dutch leadership, Wednesday showed footage of the missile tests in Finland. The researchers used the results of these tests demonstrate that the aircraft of Malaysia Airlines was shot down by a Russian Buk missile.

The research team asked Finland for help because the country has a stock of missiles. Niinisto said Finland helped the researchers to, but he pointed out that Finland has agreed with the manufacturer not to share some information.