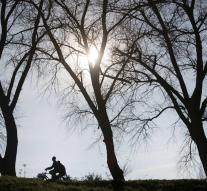 - KPN Telecom Group is committed to outdoor areas to provide high-speed internet. The company announced Tuesday before the first steps, with which a small 100,000 households have been helped. KPN has the solution ' External via Internet 4G " in recent months tested extensively in Groningen Loppersum.

According to KPN, the coming years will be approximately 300 000 households in the rural area benefit from fast broadband. This will achieve the business including the deployment of fiber to small villages and the use of new technologies over the existing copper network, making the Internet speed increases dramatically.

Minister Henk Kamp of Economic Affairs points to the great importance of this initiative for the economy. " Fast internet contributes to entrepreneurship and economic growth. In the countryside there are many initiatives of municipalities, provinces and businesses to enable there too fast internet. This initiative of KPN Mobile Broadband helps to increase the speed Internet access in sparsely populated areas for consumers and businesses. Likewise, the economy will be boosted further in the region, " said Kamp.