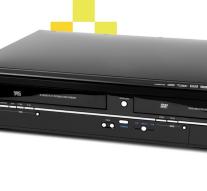 - The last company that still makes old-fashioned VCRs, the Japanese electronics company Funai, it stops there this month. The devices are sold little more and it is increasingly difficult to meet the required parts, according to the Japanese business newspaper Nikkei.

VHS VCR forty years ago was marketed by JVC. Competitors like Sony (Betamax) and Philips (V2000) came up with their own systems, but eventually got after a fierce competition on VHS, thus expressing the widely accepted technology was to record video and play.

The advent of DVD in 1995 marked the beginning of the end for the tape and recorder. Movie companies spend ten years no more movies on VHS. On Funai after all manufacturers stopped producing VCRs.


Funai makes consumer electronics under its own brand, but also licensed to other technology companies, including Philips, Panasonic subsidiary Sanyo and Magnavox. The company produces since 1983 VCRs, and sold ever 15 million per year. In 2015 there were only 750. 000.