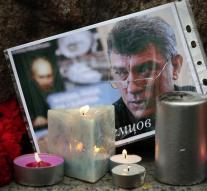 moscow - Five men were found guilty in murder on opposition leader Boris Nemtsov on Thursday in Moscow. The 55-year-old Nemtsov was shot dead for more than two years when he walked on a bridge in Moscow. He was a fierce critic of President Vladimir Putin.

The jury declared Thursday all five accused guilty, including the man who took the trigger, Zaur Dadajev, an ex-military from Chechnya. Those four other defendants are accomplices. The group was promised for the murder about 223,000 euros. The man suspected of sitting behind the murder attack, Roeslan Moechoedinov, is still being searched by the police.

Moechoedinov is a former driver of a major captain of a Chechen fighting group or gang.