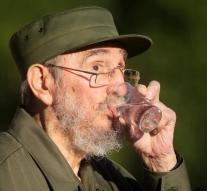 The bearded, cigar-smoking Castro was from 1959 to 2006, the undisputed leader of Cuba. He defied the opposition of the United States, which saw the island as an outpost of the Soviet Union.

The coup of the right-wing General Fulgencio Batista in 1952, Castro ended up in politics. He joined an armed group who opposed Batista, who was in league with the US. Castro presented itself after the conquest of Havana initially as a Democrat in 1959. But executions of Batista loyalists and the expropriation of companies and banks harmed his reputation.


In 1960 Castro signed a treaty with Moscow over oil imports. Then the US broke relations with Cuba and proposed a total trade embargo against the country.


Thanks to the aggressive US policy under Castro knew the Cubans to foster a great sense of togetherness. With help from Moscow were Cubans housing, education, medical care and disappeared poverty. The US embargo did have influence on economic conditions, but not to the popularity of Castro. He used the blockade as a propaganda tool during his hour-long speeches.

Opponents Castro not tolerated. Over the years, disappeared in droves dissidents behind bars. Torture were according to human rights organizations to the order of the day. Thousands of Cubans fled to the United States

After the disintegration of the Soviet Union in 1991, lost his political friends and with the economic support. Cuba visibly impoverished. But Castro remained loyal communism and gave the US blamed the poverty of his people.

In 2000, Castro met Bill Clinton, who was the first American president shook hands with the Cuban leader. Improving the relationship between the two countries, however, came only after brother Raul Castro in charge had taken over from Fidel, which is ailing since the nineties with his health. He appears rarely in public.