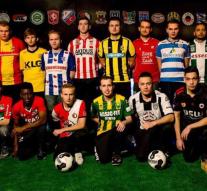 zeist - The match of the e-sports Feyenoord and Roda JC is YouTube's most watched meeting of the first round of the E Division. Around 22:00 the game was viewed about 17,000 times. PEC Zwolle- Ajax also attracted considerable audience: small 13,000.

Willem II- NEC was less popular. There looked little more than 4,100 people to. Also Vitesse- FC Twente was no gun viewing figures of over 5100 viewers. That was remarkable because Vitesse player Paskie Rokus his Twente colleague Jaimy van den Boogaard defeated 6-0 and the Arnhem club thus made the first leader of the E division.