Home / World / Ferrari as a reward for gold tip 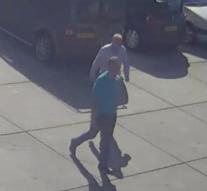 waterland church - A Zeeland garage keeper is so angry about a robbery out of his closet that he has made surveillance images of the alleged perpetrators online. Anyone who comes with the golden tip is allowed to leave the road with an Ferrari 458 from Pacal Pieters.

The thieves struck on Saturday. According to Pieters from the garage in the village of Waterlandkerkje, the two stole a 'considerable amount' while he was out of work.

From the surveillance image it appears that the duo had repeatedly taken the garage. His message on Facebook has been shared hundreds of times.