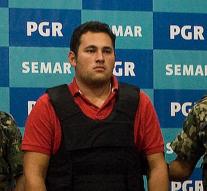 - Mexican police is preparing for violence between drug cartels after the son of the notorious drug lord Joaquin Guzman, alias El Chapo, was abducted from a posh restaurant in the Mexican resort of Puerto Vallarta.

The authorities have confirmed that the 29-year-old Jesus Alfredo Guzman is indeed among the victims and think revenge is the most likely motive. Previously it was thought that another son, Ivan, was abducted, but that was not true.

Now is feared retaliation. The drug cartels in Mexico are known for their sometimes very violent way of working.


Eight armed men abducted Monday six or seven suspected members of the notorious Sinaloa drug cartel in the restaurant in the center of Puerto Vallarta. The cartel was led by El Chapo, was arrested again but escaped from prison last year. In January, the police managed to catch him again in the head.

Puerto Vallarta is located on the Pacific Ocean, is the scope of the infamous Jalisco New Generation Cartel. This gang is becoming more powerful in recent years and makes for a wave of violence.