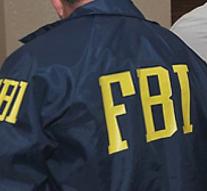 - The US FBI investigation department holds terror suspects in the US extra sharp eye. This was announced Saturday after a telephone consultation between the FBI leaders from 56 departments, the ABC reported citing people at the service.

People who may have been exposed to terror propaganda or even share ideas after the attacks in Paris, be closely monitored, according to sources at the FBI. Secretary of Homeland Security Jeh Johnson said that there are no indications of an imminent attack in the US