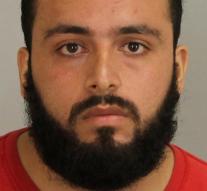 - The father of the suspect in the attacks in New York and New Jersey police warned two years ago that his son was a terrorist.

That The New York Times reports citing sources in the police. Rahami Ahmad Khan was arrested in 2014 by the police on suspicion of stabbing his brother. His father told the police when his son was a terrorist, which led to the FBI opened an inquiry. The father withdrew his statement, however, in later.

Rahami is suspected to be the mastermind behind three attacks: In Seaside Park and Elizabeth in New Jersey, and Manhattan, central New York. A fourth bomb, also in New York, did not go off.