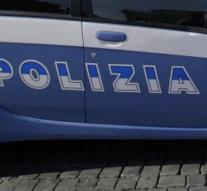 florence - The Italian police rescued a girl from seventeen years in Florence from her father's hands. The 49-year-old Serbian father had sold his own child for 15,000 euros to a buyer in France.

The first message about offering a child reached the authorities in Florence in August 2016. Initially, the police did not know much more than the name of the girl involved. Eventually she managed to trace the father. According to the Ministry of Interior, the father considers his daughter as a property, with which he can do what he wants. He held her already since her thirteenth.

The buyer paid 4000 euros in advance. The remaining amount of 11 mille would be paid 'on delivery' this month. The buyer had said that the girl would still be virgin, could perform domestic tasks and lose weight.