Home / World / Father Manchester walked through the city by bomb 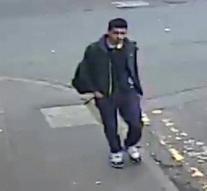 manchester - The perpetrator of the attack in Manchester in May has run through the center of the English city for hours with a homemade bomb before he hit. According to the police, however, Salman Abedi had no other purpose than the concert of the American Ariana Grande, reported the BBC on Thursday.

Due to the explosion at the end of the concert at the Manchester Arena exit, 22 people were killed and injured more than 250 people. In the bomb were metal nuts flying through the explosion everywhere.

Abedi can be seen on surveillance images on the day of the attack on May 22, walking by Manchester. The police think he was not part of a larger terrorist network but did not rule out that others knew what he was planning or helped. More arrests are not excluded.