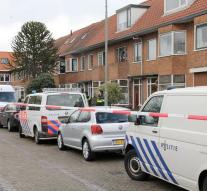 dordrecht - 37-year-old Marcel S., the father of ten-year-old Diego from Dordrecht, found dead at home in early March, remains stuck. The boy is probably killed by violence, his father is suspicious. The case was detained until September 1, the court reported in Rotterdam on Friday.

Diego was found dead in his parental home at Jan Vethkade in the Dordtse district of Oud-Krispijn after the father had alarmed the police around six o'clock in the morning. He told him he had found his son lifeless. The police soon suspected that it was a non-natural death and later it also appeared in section.