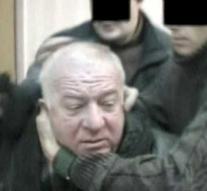 salisbury - The woman who was found at the sickly former spy Sergei Skripal in Salisbury, in southern England, is his 33-year-old daughter, Joelia. The English authorities have informed this.

Both were seriously ill and found unconscious on a bench near a shopping center on Sunday. According to the police, they have been attacked with an unknown substance and are in the hospital. Their lives are feared, the BBC reported.

Skripal was sentenced to 13 years in prison in Russia in 2006 because he worked for the British intelligence service MI6. He revealed, among other things, the identity of Russian secret agents working undercover in Europe. At the time, Russia reported that Skripal had received $ 100,000 for information that he had been distributing since 1992.

It evokes memories of the liquidation of Alexander Litvinenko. This ex-officer of the Russian security service FSB and predecessor KGB escaped persecution in his homeland by fleeing to England. In early November 2006 he became seriously ill and died three weeks later. He appeared to have been murdered with the radioactive polonium that had been put into his tea in a hotel.