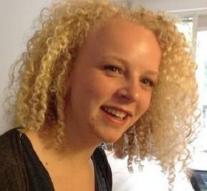 madrid - The Spanish company that organized the bungee pump where the Dutch girl Vera Mol (17) died in August 2015 was found guilty of death and serious negligence by the court. Aqua 21 Aventura would not have warned enough and gave directions in coal gels.

Vera was at surf camp with a group of twenty young people. Some of the group wanted to go to puppy, a variant of bungee jumping. By the 'puenten', also called bridge lingers, you are crossed by two cords under a bridge or viaduct. At this location, concrete arches under the A8 motorway in Cabezón de la Sal, the participants stood at forty meters high and the loopcords are about twenty meters tall.

The seventeen-year-old victim jumped while her armor was not fitted with a safety line. She understood the supervisor wrong and thought it was time to jump. The instructor called 'No jump', but the girl was probably considered to be 'Now Jump'. She got 40 meters down in a riverbed and was killed on fire.

The Spanish judge has informed that the owner and the instructor have not taken enough additional safety measures. Also, the instructor did not properly investigate whether the participants were age-old. Identity papers were not checked and no permission was requested from the parents. In addition, bungee jumps were not allowed on the spot where it was jumped.

The son of Joost van der Valk witnessed the fatal leap. He previously told De Telegraaf how a number of young people ran down after the fall, hoping to be able to do something for the girl. According to witnesses, the staff of the outdoor company would even call from the bridge: 'No policía, no policía'. If the Spanish ambulance arrives a little later, the Hague pupils have died.