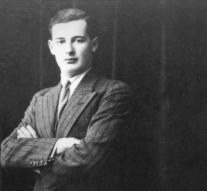 moscow - Family members of the Swedish war hero Raoul Wallenberg have filed a lawsuit against the Russian secret service FSB on Wednesday in Moscow on Wednesday. The relatives require access to censored documents that can shed light on Wallenberg's fate.

Raoul Wallenberg (1912) was a Swedish diplomat who saved tens of thousands of Hungarian Jews in World War II. He was captured and taken away by Soviet soldiers in 1945. For many years his destiny remained hidden. A Russian report states that he died in Moscow in July 1947 in the infamous Loebjanka prison, managed by the KGB secret service. In October 2016 he was formally declared dead in Sweden.

Both the death date and the cause of Wallenberg's death are not clear to date. His niece Marie Dupuy believes that the Russian archives contain documents that can shed light on the fate of her uncle. The FSB, the successor to the KGB, has not yet responded to the message.