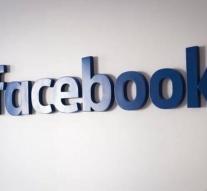 menlo park - An ad specially for anti-Semites? That could have been on Facebook, discovered research site ProPublica. Facebook says the method has stopped.

According to ProPublica, 2300 people indicated on Facebook that they were interested in 'hating Jews', 'burning Jews,' and 'how Jews destroy the world'. ProPublica paid $ 30, converted 25 euros, for three promoted posts to these groups. Within fifteen, Facebook had accepted the ads.

Facebook says the groups are being removed and advertisers can report other inappropriate audiences. Facebook is under fire because the network would have been abused by distributors of fake news in the run-up to US presidential elections last year.