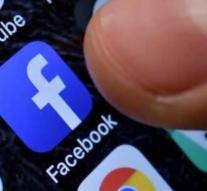 menlo park - Facebook will send tickets to people who want to place advertisements around the upcoming American elections. That should prevent Russian fake messages. Katie Harbath from the platform has announced the plans.

'If you place an advertisement in which a candidate is named, we will send you a card. You must use the code to prove that you are in the United States, 'Harbath said. She adds that the new measure does not solve everything. The rule does not apply to general political messages, when an advertisement is only about a certain topic.

The Americans go to the polls again on November 6 this year. They elect all 435 members of the House of Representatives and 34 of the 100 senators. In both chambers, the Republicans of President Trump have a majority.

Social media, including Facebook, are under attack because they would have done too little to interfere with the elections at the end of 2016, when Trump was elected. Special prosecutor Robert Mueller has sued thirteen Russians and three Russian companies last week for that campaign. They would have used social media to help Trump and counter his opponent Hillary Clinton.