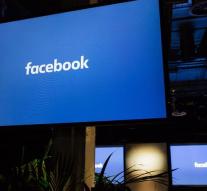 - Facebook will control less demanding what users post, 'even if it violates our rules should be.' This was announced by the networking site Friday. Facebook wants to find out in the coming days what is the best way to do that. 'Our intent is to allow more pictures and stories without them are security risks and without children and others get to see shocking images if they do not want,' says Facebook.

Facebook was recently heavily criticized for deleted messages and photos. Thus, managers removed a photograph that had placed a Norwegian writer. It was an historic photograph from the Vietnam War, namely the image of a Vietnamese girl naked and covered with burns runs away after a napalm attack. It was the image of the Vietnam War.

After the criticism erasing photograph Facebook responded: 'Our solutions will never be perfect, but we will try to improve our rules and their application. '