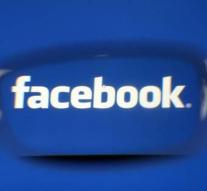 menlo park - Facebook is working on a video chat device with a laptop size touchscreen. The new gadget should appear on the market next year, Bloomberg reports Tuesday.

The device is currently being developed within Facebook's secret Building 8 lab. It is also working on an Amazon Echo-like smart speaker, which Digitimes reported about last week. Both devices are allegedly powered by a voice assistant working in the same way as Apple's Siri.