Home / Tech / Facebook is rolling out Marketplace in the Netherlands 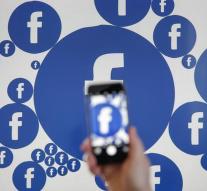 menlo park - Marketplace.nl has a competitor. Facebook has released its Marketplace in the Netherlands on Monday. From now on, Dutch people can also easily sell second hand items through the social media.

Facebook Marketplace was launched last October in the United States, UK, Australia and New Zealand. This week there are seventeen other European countries. In addition to the Netherlands, the service is also available in Belgium, Germany, France and Spain.

Via Marketplace, Facebook users can offer stuff for sale and can offer others. No money is exchanged via Facebook.