Home / Tech / Facebook is moving back to fake news 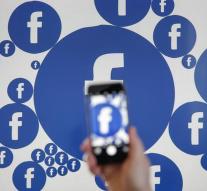 berlin - Facebook sends more potential fake messages to fact checkers to check the content of the news reports for truth. The American company announced Thursday to take a next step in combating fake news.

In a statement, Facebook said on the website, using self-taught techniques to detect possible hoaxes to then submit the messages to fact checkers. The results of the fact check are shown under the original article.

Facebook was seen around the US presidential election as the largest distributor of fake messages, many of whom thought that had an effect on the election results. With the elections in Germany in sight, the social network tries to perform better.

On Thursday, Facebook announced in a separate German-language statement that the new feature has already been launched in the United States, France, the Netherlands and Germany. 'Besides information about which articles are contested by fact checkers, people want more context to make informed decisions based on what they read and share,' says product manager Sara Fu in a blog. She adds that it keeps working on improvements to the news feed.