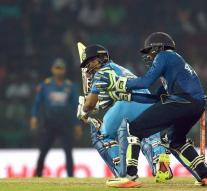 amsterdam - Facebook had $ 600 million to broadcast cricket matches in India for five years through a live stream on its site. Facebook has lost the bid battle, Recode reports.

Ultimately, Rupert Murdoch's Star went out with the main prize for the Premier League in India, for $ 2.6 billion for a package that includes both broadcasting rights for TV, radio and websites.

So far, Facebook has focused on college football of lower divisions as a test. Twitter and Amazon have acquired the rights for the NFL with American football.

A next bidding round is coming to the end of this season: Verizon telecom company paid $ 1 billion for all rights to broadcast NFL competitions for mobile devices.