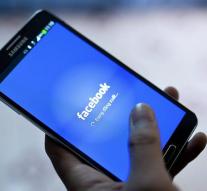 - Facebook has a new employee : Lior Won, CEO and founder of Roundup, a news app for Android. The company confirms this to Venture Beat, but would not say whether this means that Facebook has bought Roundup.

The new game is not surprising, since Facebook to its own news app called Notify working. The company also recently launched Signal, a desktop app that allows users to follow all the news on Facebook and Instagram. Moreover, begun recently announced Roundup wanting to sell, because the app could not against competition from Facebook and Apple News.

Roundup was launched last year. In the app, users can integrate the Twitter accounts of selected media in order to constantly create new products coming accompanied by an estimate of how long it takes to read it. Articles can be provided from a bookmark to read later offline are stored and shared through social media.