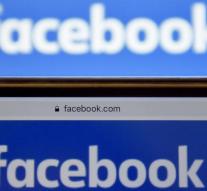 san francisco - Through accounts that were probably maintained from Russia, thousands of political ads were distributed on Facebook during the US presidential elections last year. Facebook has announced that Wednesday.

The ads referred to 470 non-authentic accounts and pages that have now been removed.

According to Facebook, it was converted for almost 84. 000 euros purchased on ads. The content was about immigration and gay rights, but not about candidates in the elections. The head safety made the finding known Wednesday. The internet company is working with the authorities in investigating interference with the US elections.