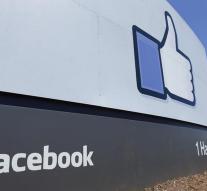 - Facebook does not agree with the Belgian privacy watchdog recently ruled in summary proceedings that the Internet giant 's surfing habits of Belgians who are not members of the network must not follow. In order to satisfy the judgment, Facebook has taken a drastic measure.

Non-users get Facebook denied access to public Facebook information. The verdict last month does not apply to members. The court assumes that they give permission to the registry to track their internet.The battle revolves around a file that links Facebook to the web browser of any visitor. According to researchers at the Free University of Brussels and the Catholic University of Leuven makes this cookie Facebook is able to track the user's browsing behavior for two years.Facebook denies this and says that the file is only meant to guarantee the security of the network. Without the cookie users of the accounts would be more susceptible to hacker attacks.The Belgian Privacy Commission shall forward the statement of Facebook as nonsense. The decision by the Internet giant to nonusers to deny access to public information, does not fall down well with the Belgians.On January 16 the parties meet again in court.
NEW