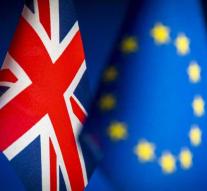 luxembourg - The forthcoming departure of the United Kingdom from the EU does not mean that the other Member States no longer have to surrender suspects. A European arrest warrant issued by the British must simply be executed.

The European Court of Justice ruled that in a case involving a man who was arrested in Ireland in 2016 at the request of the British. They want to sue him for murder, rape and arson.

The man resisted the extradition because of questions about the brexit. The Irish judge then submitted the matter to the EU court in Luxembourg. This judges that the announced brexit is no reason to refuse extradition as long as the British are still EU members.

However, the Irish court must investigate whether there are grounds for believing that after the British exit the suspect runs the risk that his fundamental rights will not be respected. The court believes that they will be complied with.

The British exit is foreseen on 29 March. However, the European rules remain in force during a transition period until the end of 2020 if a final agreement is reached.