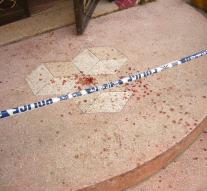 peking - The explosion at a kindergarten in the Chinese city of Xuzhou, which killed eight deaths on Thursday, is reported to be a crime by police reports. The agents arrested one suspect, reported the city council of Xuzhou in Jiansu province on Friday, without giving details.

At the explosion that occurred when parents brought their children to school, 65 people were injured. Eight of them are bad. According to the authorities, no children or teachers from kindergarten have died.