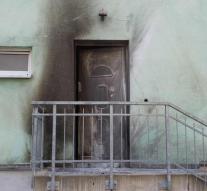 dresden - At a mosque and an international conference in Dresden have occurred Monday evening explosions. The blasts were caused by explosives.

Police in Dresden said Tuesday morning that if by some miracle no one was injured. The chief executive of the police in the German city said to establish a connection with the celebration of the Day of German Unity on 3 October. On that day, the 26th anniversary of German unification came about.

First there was a hit at the mosque, 26 minutes later by the explosion at the other property. At both sites police found traces of explosives. The authorities decided to tighten the monitoring of mosques in the city immediately. There are now constantly agents at the door.

The material damage was involved in both buildings.