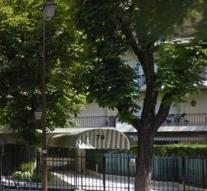 paris - For a Paris property in which the Jordanian military attaché is housed, a motorcycle has exploded on Wednesday. The Jordanian Embassy in Paris soon stated that it was presumably not an attack against Jordan.

Nobody of the embassy staff has been injured, said an anonymous officer. In the building is the military mission of Jordan. It represents the forces of her country.