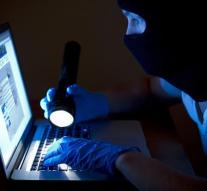 - A group of 29 experts in the field of privacy and terrorism has severely criticized the new aftapwet. Include how the monitoring of services is regulated in Law on Intelligence and Security Services reveals experts worry, they write in an open letter.

The new law allows for large amounts of Internet traffic interception via cable. According to the government, the law is needed to carry out their duties well services GISS and DISS.

The experts call it surveillance ' fragmented and lacks transparency. ' The experts, including the terrorism expert Beatrice de Graaf and Jelle van Buuren and privacy expert Jaap-Henk Hoepman, for instance, point out that some powers come to court to lie and get in a yet to be established review committee.

The State Council also previously expressed criticism. The main government advisory body also has doubts about the effectiveness of supervision in the bill, which this week is talked about in the House.