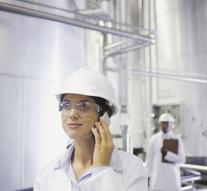 amsterdam - Only one in three young educated women with a technical study is also effective in this profession correctly. Among men, this applies to half the number of graduate engineers.

According to figures that presents the CBS Tuesday. Of engineers between 25 and 35 who do not get a job in the private sector find most find employment in administrative or economic sector. Men often end up in ICT, while women average more often end up in creative and commercial functions.

Had 12 percent of highly educated Dutch in 2005, a technical background, now has shrunk their share to 9 percent. The vast majority of this is still male (78.5 percent). Of all EU countries, the Netherlands has the third lowest percentage of women educated in technical studies.